Metric of the Month - Selling, General and Administrative (SG&A) as a Precentage of Revenue 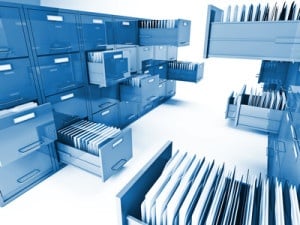 This month we are talking about selling, general and administrative expenses. If you have clients in industries like retail, wholesale, or manufacturing, you doubt hear this term frequently – but how is it really measured and why is it meaningful? This Month’s Metric – Selling, General and Administrative (SG&A) as a Percentage of Revenue.

How is it measured?

In order to facilitate comparison over time or between companies, SG&A is typically measured as a percentage of revenue.

SG&A is the dollar value of costs indirectly related to goods and services sold. It’s mainly composed of what you can think of as corporate expenses such as sales, marketing, advertising, customer service, human resources, legal fees, accounting and finance, and IT expenses.

Why is it important?

While SG&A typically doesn’t absorb as much revenue as cost of goods sold, it is still usually anywhere from 15 to 25 percent of revenue. Many of these costs are quasi-fixed in nature, meaning that as a company grows revenue, they gain leverage on these expenses and they decline as a percentage of revenue. However, when revenue declines, these costs typically increase as a percentage of revenue and companies react in a number of different ways, but common ways of managing SG&A expenses during more challenging times are reducing staff, marketing spending, or training costs.

SG&A is driven primarily by what a company does (its industry) and how it does it. For example -- in the pharmaceutical industry, Amgen’s SG&A is approximately 46 percent of revenue, meaning that for every dollar of revenue Amgen generated, their SG&A absorbed 46 cents. Life sciences or pharmaceutical companies typically have the highest SG&A as a percentage of revenue. These companies typically have large and very highly qualified sales forces which are more expensive than sales forces in other industries, plus they invest heavily in marketing and promotion efforts once new drugs have been approved. Another cost component that doesn’t necessarily affect other industries is regulation, which in life sciences is not an insignificant factor in their total SG&A spend. On the other hand, an industrial products company like Caterpillar has an SG&A spend of around 14 percent of revenue. This simply reflects the nature of Caterpillar’s business, in which its direct costs are much higher, but the offset is lower costs associated with overhead.

What is the Goal?

Typically, the lower the SG&A as a percentage of revenue is, the better. However, an executive’s goal is to maximize the overall financial performance of the company, not just one individual financial metric like SG&A as a percentage of revenue. SG&A includes sales, marketing, and IT, all of which drive near-term and long-term revenue. Therefore, if a company wanted to reduce SG&A, they could simply reduce IT expense, but they may find that even though near-term profit improves, long-term revenue and profit may suffer. Many companies work towards better management of their SG&A by making it a variable cost. So..

How do you translate this into conversation about value with your clients? See this Thursday’s posting on The KPI Connection.

For a deeper discussion on Financial Metrics, Operational KPIs and how they drive sales, see our previous blog post at http://www.finlistics.com/blog/introducing-a-new-series/