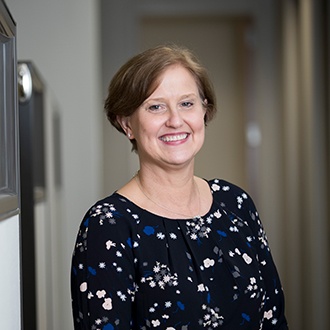 Elise Baggett joined the team in 2012 as Accounting Manager.  In her role, Elise is responsible for all aspects of the daily accounting, plus financial reporting, forecasting and human resources.  This role offers her the opportunity to see all aspects of the business and take on more responsibilities as the company expands.

Elise earned her BS in Accounting from Berry College and began her career in internal auditing.  After obtaining her CPA license, she moved in to public accounting at Bennett Thrasher in Atlanta and Warren Averett in Birmingham, specializing in audit of closely held companies for over 20 years. This role allowed her to learn from the financial operations of many varied businesses and industries.  Elise also was either the Treasurer or President of a local non-profit organization for eight years.

Elise and her husband, Jeff, are now empty-nesters to three adult children, soon to be grandchild, and two Boston Terriers.  They enjoy traveling, especially cruising, and you will find them each Saturday in the fall at Alabama football games – Roll Tide!