Banking's On The Move... 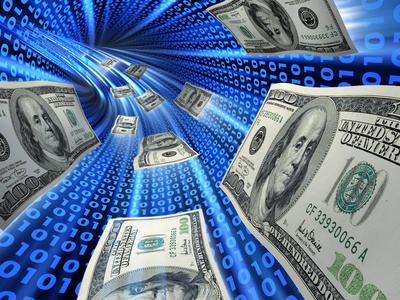 Analysts predict worldwide smartphone shipments will reach 1.7 billion units by 2017, and this is bringing both opportunity and challenge to the banking industry.

According to a recent study released by the Federal Reserve System, 20 percent of financial institution customers currently use mobile banking and another 13 to 20 percent plan to use it by the end of 2012. At the same time, decreased loyalty, adoption of new technologies, and changing expectations of how services are provided and consumed have resulted in a drop in customer profitability in the banking industry of 5 - 15 percent. So how do you get their attention? Banks need solutions. For the average North American bank, a 1 percent increase in revenue translates into pretax profits of $2.5 million per $1.0 billion in revenue. (A similar increase in revenue would result in the equivalent of $4 million in pretax profits for banks operating in Asia.) On the cost side, about two-thirds of a typical North American bank’s total revenue is used to cover non-interest expenses (items such as salaries, costs relating to brick and mortar branches, ATM machines, telecommunications, outside marketing efforts, and consultants). If the average North American bank can reduce non-interest expense by 1 percent, the impact would result in $6.6 million in pretax profit per $1.0 billion in revenue! (For a typical Asian bank, the impact would be $4.9 million.) How do your solutions help? Mobile applications help reduce customer acquisition costs and extend marketing reach to the users of those 1.7 billion smartphone devices. Mobility can also reduce a bank’s investment in branch locations—from real estate costs to hiring staff, and increase operating leverage by improving branch revenue per square foot, cross-sell/up-sell and its return on marketing investment. Banking’s on the move. The question for many in the industry is in which direction, and how far they’ll get to go. Show them solutions that extend and improve their ride and you’ll have their attention.

Posted in In The News