The Dawn of the Zettabytes: Turning Data Into Action! 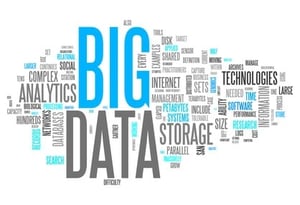 Potentially useless trivia -- a zettabyte (ZB) is a unit of computer storage (like megabyte or gigabyte) and is a way of saying the number 1, followed by 21 zeros. But not so useless, actually, and a word you’ll likely be hearing more of in the future. According to a recent IDC report, the total amount of digital information in the world will come to 2.7 zettabytes by the end of 2012—2.7 followed by 21 zeros.

What’s most impressive about the IDC estimate, however, is the speed with which we’re approaching it. 2.7 ZB amounts to a nearly 50 percent increase from the world’s total amount of digital information from a mere one year ago, and the accumulation of data shows no signs of slowing. But what good is all that data if we can’t use it? To be useful, data must be filtered, linked to business issues, turned into usable information, and translated into knowledge upon which actions are taken and strategies built. While advances in technology and data warehousing have made companies champions at collecting data, turning that data into actionable insights used to make decisions in real time is where companies fall short. And it’s where the real opportunity for solutions providers exists. The good news is that the majority of decision makers realize better-informed, faster decision-making directly benefits the bottom line. What they might not realize is how big the impact of small changes in key performance indicators, or KPIs, can be.

There probably aren’t many industries where improvements in decision-making won’t affect the bottom line in a positive way. So how do you capitalize on this opportunity?

More trivia for cocktail parties -- though I haven’t seen a report estimating when we’ll hit the unit of digital storage that follows a Zettabyte, you can impress your friends with the knowledge that it’s called a Yottabyte—a 1 followed by 24 zeros -- named after the Star Wars character, Yoda.